Contract Manufacturing for Aerospace and Military Applications Since 1973

Aero Products Co. (APC) is an aerospace parts manufacturer located in Los Angeles, California. APC was founded in 1973 and has continued to serve the aerospace industry for nearly 50 years.

APC supplies products for a variety of industrial and commercial customers and continues to supply quality parts to allies around the world. We hold our products to the highest quality standards in the industry and maintain AS9100D and ISO 9001:2015 certifications.

APC is committed to deliver high-performance parts to every customer on time. We are proud to serve and support our partners in the US Military, as well as a diverse range of leading companies throughout the aerospace and industrial sectors. 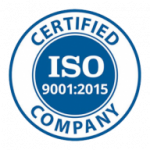 Our company was founded in 1973 as “Aero Leather Company”. At the time, the company specialized in coating leather interiors for various aircrafts. The founder of APC was previously a sales rep for a large fiberglass cloth company based on the East Coast. Soon after starting the company, the founder saw a way to leverage his previous sales experience in fiber- glass sales to manufacture insulation blankets.

APC landed a great opportunity to manufacture insulation blankets for the iconic Astrodome in Houston, TX after the stadium had suffered significant damage from a storm that had blown off the original insulation from the domed ceiling. This contract helped springboard the company into subsequent growth opportunities.

APC continued to grow in size and expand its product offerings, which prompted the owners to change the name of the company to “Aero Products Company”. In 1985, two new owners stepped in and began operating the company with a focus on providing high-quality parts to the U.S. military as well as large OEMs such as Boeing Aircraft Company. Over the years, APC has won thousands of contracts with the Defense Logistics Agency (DLA), Boeing, and a variety of other customers in the aerospace and defense industry.

In 2018, the company changed hands again with the introduction of the current owners. Their focus has been to streamline the existing company and to add both operational efficiency and visibility. The company now has an eye toward the future and is continuing to grow both within the existing A&D industry as well as looking towards emerging technologies in the commercial and space sectors. APC maintains AS9100D and ISO 9001 status and continues to equip our war fighters and allies with the highest-quality components.

Half a Century of Quality Contract Manufacturing for Aircraft and Industry

Aero Products Co has a legacy of almost 50 years of “Serving Aircraft and Industry” and is proud to support our military personnel around the world.